Funkapolitan – As The Time Goes By. Classic British Jazz Funk at it’s best from the early 80’s. Operator Emz dropped this at our all UK all 45 session at Mobile Mondays! and I experienced that great moment when you think, daam I forgot all about that song and all the good memories flood in. 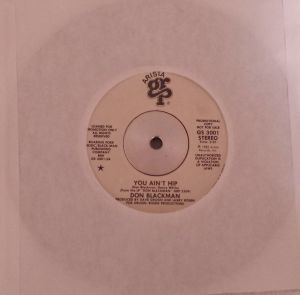 4/8/15
Don Blackman – You Ain’t Hip. I dug this one out for our Don Blackman Tribute which is coming up this Monday 4/13/15 w our special guest his son Kyle Blackman. It also appeals to my innate sound clash battle senses!

3/21/15
Jill Francis – Make Love to Me. Last hour of the night at House Parties! Classic two step/lovers rock. The song sampled the Winstons Amen Brother and in turn was used in the Jungle Tune Leviticus Burial. I dug this out for our Strictly British Strictly 7″ night down at Mobile Mondays!

3/14/2015
Aleem – Get Loose. Big Big tune on the dance floors in London, clubs like Rotation and Fresh N Funky.  Another of those that came out of America and was better known as a classic in the UK. #MadeInEngland

3/7/15
One Way – Mr Groove. Big tune on UK dance floors in my early DJ days. Although One Way is an American Group, I don’t think I have ever heard this played out by any DJs in my 16 years of living in NY. I will add this to my US tracks that did better overseas category. Time to Revive it.

2/6/15
Brass Construction – Changin.  Last week down at Mobile Mondays! we had a lot of fun with our theme playing artists on 45 strictly from NYC. This is Brooklyn Funk at It’s best. Sampled by Jill Scott on Gimme. 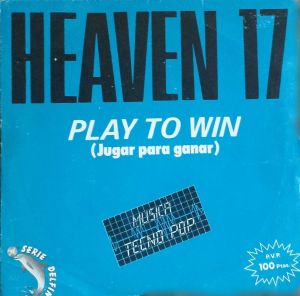 10/27/14
Heaven 17 – Play To Win. I went to college in Sheffield in the 80’s, a great time to be there as it was on the map musically. Human League, ABC, Cabaret Voltaire and Heaven 17 all came out of there around the same time, making Sheffield mad cool. I always liked Heaven 17 a lot and this tune really brings back some memories of my college days.  Note the spanish release, they label it as  “Musica Techno Pop” and it cost 100 pesetas.  I just thought it was a good tune to dance to with a great hook, funky electronic pop at its best.

9/1/2014
Asphalt Jungle – Freakin Time. Big Thanks to Des Toussaint for pulling this out for me last trip to London. Really nice underground funk track. Shout to Eric ” Good Ears” L Beats for picking up on it. This is the longest 45 I own, B side is 6 minutes long. A jam soon the be an MM classic.

8/9/14
Barry Biggs – Work All Day. I got hipped to this track by one of my dealers  last time I went to London. What a beautiful tune and the base line is Wikkid too.  Click on the pic to listen.

8/2/14
Mystic Merlin – Just Can’t Give You Up. I just love this tune to death and it’s very easy to find. Played this down at the Nicky Siano night last week at Mobile Mondays and heard an ‘Ooo” from one of his people when it hit. Yeah I agree whoever said that.   The album was dropped by Capitol in the US, although this single had some success in the UK charts and was a big dance floor filler back in the day. The US and UK 45’s are slightly different arrangements. Personally I prefer the US version. I’ll post that next week see what you think.

4/9/14
Fabiene Miranda Prophecy. Such a tune from this woman. Killer Killer Bass, produced by Jack Ruby. This track was banned by the socialist government in Jamaica in the mid seventies. Sadly she passed away December 2013. Very happy I have this 45. Respect.

Reuben Wilson –  Got to Get Your Own was and still is a big tune on the dance floors in the UK. Apparently not so known here as I discovered after playing it down at Mobile Mondays! There was definite curiosity and interest rather than recognition. It’s interesting how New York and London have their similarities and differences when it comes to African American music, what makes something big in one city and not in the other. I must research more into this. Any thoughts feel free to comment below.

Starvue – Body Fusion what a dope tune. Classic Rare Groove cut that in that stylee we Brits love. After buying this, I started to realize my 45 drug habit was going to be expensive. Maybe not that bad, as I discovered, when hanging with one of the largest Nothern Soul Collectors in the UK. In his world, they get so expensive (into Thouands), that money stops changing hands and they mainly just trade. Happy to have this 45 in my collection. Scared I’m gonna go broke!

Father’s Children Hollywood Dreaming, I love this song, back home this is a tune in the rare groove world and it made the Operator hit Shazaam ha. This was given to me by record collector Luke Sardello when he came to DJ with me and Spinderella for the MM Dallas Edition. So thank you Luke, you brought back some memories of London Town.

1/12/14
Misbehaviour received this 45 as a gift from Kenny Parker. Shabba Ranks Caan Dun is a classic dancehall jam from 1990. What makes it even more special is that it is the very same 45 that Kenny used in shows for KRS One to emcee over. Hence the marker pen notes on both sides to avoid slip ups!! Priceless

No incoming links found yet.